“I Can’t Remember To Forget You” includes 9 original songs, most of which are written by Debra and Jeff Silverman. A unique remake of Harry and Sandy Chapin’s classic song “Cats in the Cradle” is also a highlight of the CD.

Production on this project initially started when Debra and Jeff were living in California. The first video for the CD’s title track was actually produced by Jeff’s long-time friend Shari Belafonte and her husband Sam Behrens for Sowelu Entertainment. The video was filmed on a ranch outside of Los Angeles. Shari is also the photographer for the photo used on the CD cover.

Note From Debra:
The move to Nashville provided not only the opportunity to incorporate the talents of some amazing musicians on this project – it also gave us the inspiration to write and record additional songs.

It is still an incredible thing for me to know that I have musicians playing on this CD like Mike Johnson who was the 2007 Academy of Country Music Association’s Steel Guitarist of the year and a nominee for this in 2004, 2005 and Randy Kohrs (dobro, banjo, background vocals), who has become very well known in bluegrass circles, but who I remember performing with the John Cowan band when I was living in Kentucky and Joe Spivey (fiddle, banjo) who is a member of the band the Time Jumpers. We were also very fortunate to have some of Jeff’s friends: Gabriel Katona (piano) who played with Jeff during his Rick Springfield days and Paul Rucker (piano/strings) and Jim Haydon (drums). James Mitchell (electric guitar), Steve Stokes (fiddle, background vocals), Ken Lewis (drums, percussion) and Dave Pearlman (steel, dobro) also added their special touches to the CD. Each of these musicians have numerous live and studio credits to their names.

A Cold Wind Blows
In March 2014 Debra Lyn released her second solo studio album A COLD WIND BLOWS. Produced by Jeff Silverman, Palette Music Studio Productions (MSP), this album is a staggeringly honest work of art that doesn’t impose ideas, opinions or viewpoints. Rather, it respectfully invites listeners to experience the vast complexities and stark, simple truths that shape our most intimate relationships, define our deepest emotions, and ultimately determine who we are…and who we aren’t. The album includes nine new songs, seven of which were written by Debra and Jeff and another beautiful string arrangement “With Or Without You,” featuring the talents of Tim Lorsch who also co-wrote the song with Debra and Jeff. Also included are two remixes from Debra’s “I Can’t Remember To Forget You” album. The album has a “modern/progressive” edge in its approach without an overly processed sound. It is meant to create the feeling as if you’re listening to Debra and the band performing in an intimate setting like your own living room or a small venue.

About Debra Lyn
In 2013 Debra Lyn and Jeff Silverman founded Palette Records: ”A record label created by artists – for the artists. The label was created as a vehicle to not only showcase the artists, but to also channel and share all of their individual efforts in promotion and marketing so that they are beneficial to the label as a whole. The current roster includes artists that each have their own unique style and vision. ”A Cold Wind Blows” is the first full length album to be released on Palette Records.

In addition to being a performer/singer-songwriter, Debra has 20+ years of administrative experience that she brings to the label. She is looking forward to using these skills to promote her new album and Palette Records.

Earlier Down The Road . . .
Originally from upstate New York, Debra’s musical interest was nurtured by her grandmother, Betsy Lewis, who was also a performer during the World War II era. When she was twelve years old Betsy gave Debra her first guitar. Before too long Debra was playing music around the campfire, entering talent contests and performing with local country music bands. Debra’s first band, Cimmeron won the Northeast Country Music Association’s “Sunrise Award” for best new country act. Cimmeron went on to release the Indie single “My Heart’s True To You,” co-written by Debra, which received airplay on country radio stations from New York to California.

In 2002, Debra and her band, Soulgrass, completed their self titled CD. Two singles, including an original written by Debra, were released in the U.S. on the “Prime Cuts of Bluegrass” compilation CD. Nearly 400 stations reported airplay for these singles. The Soulgrass version of “Love Please Come Home” was also added to the playlist for cable television’s “Music Choice.” Soulgrass performed at numerous venues throughout the southeastern U.S. such as Nashville, Tennessee’s famous Station Inn. Debra and Soulgrass were also featured performer’s on many live radio and television programs in Kentucky, Indiana, North Carolina and Tennessee.

In 2009 Debra released her “I Can’t Remember To Forget You” Album, her first collaboration with producer, Jeff Silverman. Ten of the songs on this album were written by Debra and Jeff. Also included is a unique remake of Harry Chapin’s classic song, “Cats in the Cradle.” A video for the album’s title track was produced by Shari Belafonte and Sam Behrens for Sowelu Entertainment. A new video and single were also released in 2011 for “I’ll Always Miss The Love I Left Behind.”

In 2013, Debra released the holiday song, “Save the Mistletoe For Me” written by Jeff Silverman and Pamela Philips Oland. To quote Stacy’s Music Row Report, in Nashville: “With the right exposure, ”Save The Mistletoe For Me” could be a perennial Christmas hit.”

When I first met Debra she was living in Kentucky and playing in a bluegrass band called Soulgrass. We decided to write together and our first song was “Who Do You Think You Are.” Since we had never actually met at this point and I was living in California (about 2,000 miles away), this song was mostly written through emails with Debra sending lyrics and me sending MP3s for the music. Our first collaboration worked out so well, we decided to keep on writing together and I eventually felt the inspiration to not only co-write more songs with Debra, but to also produce her solo EP/CD entitled “I Can’t Remember To Forget You.” Debra also relocated from Kentucky to California.

It was because of Debra, that my excitement for music was reignited after quite a long hiatus. She introduced me to a plethora of INCREDIBLE talent and music that was going on in Nashville at that time, which not only helped inspire her sound, but gave us both a reason to pack up and move to Nashville. Except for the HORRIBLE humidity, the first 2 years of TERRIBLE allergies and all varieties of bugs and very interesting crawling and flying creatures, we have both felt the move from Los Angeles was the best thing that could have happened for our music and quality of life.

One of the biggest advantages of moving to Nashville was having the most INCREDIBLE talent pool to work with. In combination with some amazing players we worked with in LA, we were very fortunate to have players like Mike Johnson, Randy Kohrs, Joe Spivey, Dave Pearlman, Gabriel Katona, Paul Rucker, Jim Haydon, James Mitchell, Steve Stokes, Ken Lewis perform on this CD.

Shortly after finishing the CD, Debra also released a Country, Pop and Bluegrass version of a holiday song written by Pamela Phillips Oland and myself called “Save The Mistletoe For Me.” During the production of Debra’s new album “A Cold Wind Blows,” we decided to completely revamp/remodel the arrangement of this song to match her current sound. A new version of “Save The Mistletoe For Me” was released on Palette Records in 2013.

The CD recieved an “Outstanding” rating on from Stacy

It’s always exciting to encounter an independent artist who seems to be one elusive hit album away from being a major act. Debra Lyn is one such artist.

Major label signings usually come with strings attached: “We’ll offer you a contract only if you first agree to ditch your manager, your producer, etc.” Such concessions, at best problematic, would destroy the heart and soul of Debra Lyn’s music should she even be tempted to consider making them. For the singer’s husband, Jeff Silverman, produced, mixed and mastered these 11 cuts, any one of which would be enough to garner the majors’ attention, thanks to the “marriage” of Debra Lyn’s winning performances and Silverman’s production.

Beginning with a bit of fun in the form of “I Don’t Want A Man (Who Looks Better Than Me)” (co-written by Debra Lyn and Jeff), listeners get a sense of the singer’s originality. I Know and the title song sustain interest while “Sound of the Door” is somewhat reminiscent, if not particularly evocative, of George Jones’ hit recording of Billy Sherrill and Norro Wilson’s The Door.

Similarly, Debra Lyn’s recording of “When He Cheats” tells a tale that reminds listeners of Carrie Underwood’s hit, Before He Cheats. That said, Debra and Jeff’s song was not written nor rendered in a manner that impinges on the Chris Tompkins and Josh Kear copyright.

With the proper exposure, “Save the Mistletoe for Me’ could be a perennial Christmas hit. James and Me is esoteric, in a way that is a departure from the nine other original songs found here. But anyone who wonders why Debra Lyn covered the Harry Chapin classic, “Cats in the Cradle” – which could have been a dangerous move – will wonder no more upon hearing a version that is a cut above, say Cat Stevens’ version. That’s because Debra Lyn provides a slight, but refreshing lyrical twist to the Harry and Sandy Chapin original, similar to what listeners might have expected had Sandy had the hit on a song inspired by Sandy’s unhappy marriage to her first husband.

Debra Lyn definitely has what it takes to take Music Row by storm, as she will surely do if she follows the example of just being herself; an example for which she has no further to look than her Mount Juliet neighbor, Charlie Daniels.

Debra Lyn has a new EP, “I Can’t Remember To Forget You,” with seven new country songs that she wrote or co-wrote with her encouraging husband and the album’s producer, Jeff Silverman of Nashville’s Palette Studios. Debra’s lead and harmony vocals convey an earthy sensuality. And their choice of instrumentation is much more country than bluegrass now, but they still realize the potential for acoustic instruments to convey certain moods in individual songs. The banjo and fiddle in “So Long Since September,” for example, impart a slight rustic mountain feel to a contemporary storyline. Jeff’s guitar, bass and background vocals are solid in the multi-layered sound that also incorporates many other top session players — Randy Kohrs (banjo, Dobro, vocals), Dave Pearlman (Dobro, steel guitar), Ken Lewis, Nate Morton or Jim Haydon (drums, percussion), James Mitchell (electric guitar), Mike Johnson (steel guitar), Gabriel Katona (piano), and Steve Stokes (fiddle, vocals). I would encourage artists looking for new material to closely peruse her lyrics and melodies on this rhythmically-enticing album. I’m sure you’ll find some alluring songs that you can relate to. A song like “I Know” even has the accessible melody, bright lyricism and modulating arrangement that could make it a pop hit.

The “I Can’t Remember To Forget You” Video – produced by Shari Belafonte and Sam Behrens for Sowelu Entertainment. 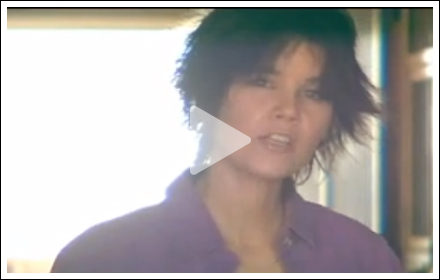 “I’ll Always Miss The Love I Left Behind” – produced by Stacie Huckeba, Images by Stacie 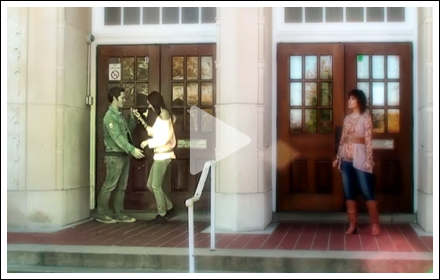 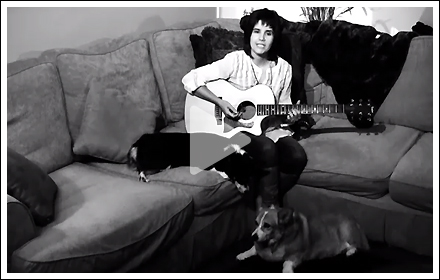 Below is a video of James Mitchell, one of Nashville’s finest guitar players that played on the CD. Jeff and I first heard James playing at a club in downtown Nashville when we were visiting a year before we actually moved to Tennessee. Jeff was so impressed that he kept James’ contact information and called him when we were recording. 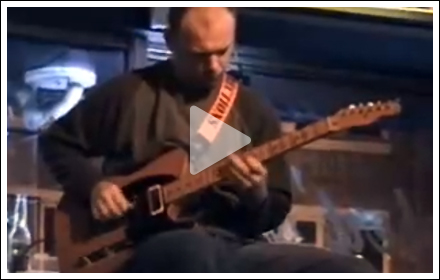